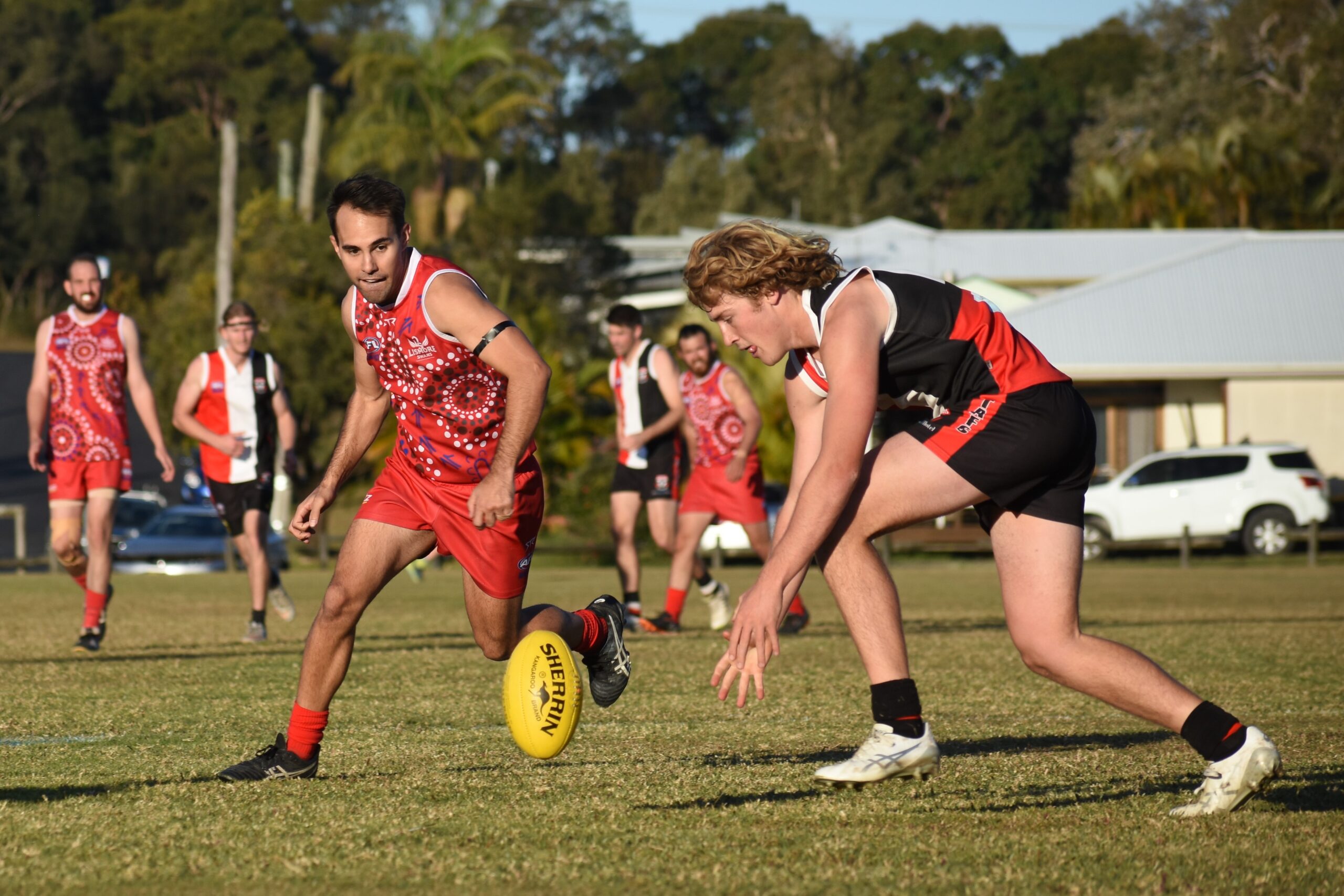 Angus Anderson has taken another huge stride forward in his AFL career having received an invitation to attend the NAB AFL Draft Combine.

The Sawtell Toormina Saints product is one of just five players from NSW/ACT to receive an invitation, with a total of 90 players from across the nation currently identified.

The 2021 NAB AFL Draft Combine will assess each player’s physical strengths through several tests including 20-metre sprint, agility tests and vertical jump. To receive an invitation to attend the draft players must be identified by recruiters of more than one AFL club and it is understood that Angus has caught the eye of recruiters of four clubs, each in a different state.

Angus caught the eye of recruiters with his outstanding performances for the Sydney Swans at NAB League Under 19 matches as well as for the Swans Reserves team in the VFL in the past two months.

The national combine is scheduled for 29-30 September at Marvel Stadium in conjunction with NAB AFL Under 19 Championship matches. Angus is part of the Allies squad (NSW/ACT, Northern Territory, Queensland, and Tasmania) that will be competing at these Championships which further bolsters his claims.

Angus’ invitation to the Combine shows that if you’re good enough, and dedicated enough, you can be identified from anywhere, including the North Coast.

Angus started in Auskick at Sawtell at age five, then has played all of his club footy with the Sawtell Toormina Saints Junior and Senior clubs, including this season. He has played representative footy with the North Coast Force at all age levels and was a member of the Northern Heat program for two years.

From the Heat program he we was identified by the Southport Sharks VFL team which saw him gain an opportunity to play with the Sydney Swans at both NAB League Under 19 and VFL levels.

The National Draft Combine is an opportunity for players to showcase their physical ability before the 2021 NAB AFL Draft at the end of November.