Angus to step out in AFL pre-season match 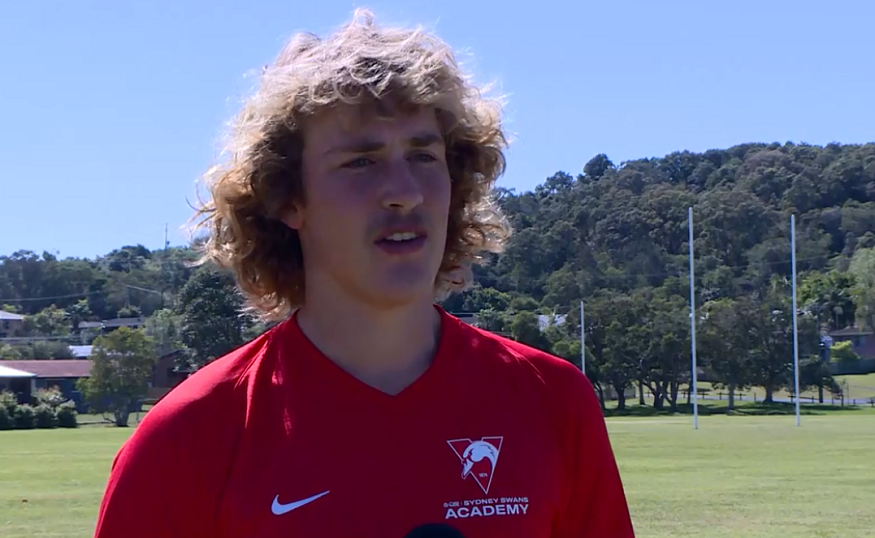 Angus Anderson has been named as a member of the Sydney Swans team to play the GWS Giants in an AFL pre-season match in Albury tonight.

The Swans have named a strong team for the first hit out of the season, with big names such as Lance Franklin, Luke Parker, Dane Rampe, and Errol Gulden all included alongside Angus.

The match is to be played over 6 periods, so the Swans have named 39 players to take part, with Senior Coach John Longmire that he’ll get considerable game time and isn’t just there to make up the numbers. Angus will wear jumper number 48 and is the only uncontracted player included in the team.

Yesterday, the Swans announced that injury plagued ruckman Sam Naismith has been moved to the inactive list for the season. This makes a list spot available which the Swans could to fill before the Pre-Season Supplemental Selection Period closes on March 9, so tonight’s match gives Angus an excellent opportunity to stake a claim for that position.

Angus, 18, is a home grown product of the Sawtell Toormina Saints who came through the North Coast Force program. Players wanting to follow in Angus’ footsteps have the chance to take the first step in the pathway with nominations for the co-branded North Coast Force /Sydney Swans Academy program open now. Players wanting to nominate for selection need to complete the online form by clicking here.

Tonight’s pre-season match between the Sydney Swans and GWS Giants is live from Lavington Sports Complex on Kayo from 6:00pm.