Saints get first win on the board

Sawtell/Toormina's players were all smiles after recording the Saints' first win of the season. Photo: Green Shoots Marketing

THE big result of the weekend was no doubt Sawtell/Toormina’s women winning their first game of the season.

Playing against Grafton who went into the match also not winning a game, the stakes were high at Richardson Park.

The Saints controlled the majority of field position against a below strength opponent and won each of the first three quarters to set up the win.

“It was total elation when they won because it was just what they’ve been looking for,” Minichilli said.

“I think we needed to keep the motivation up going forward and it’s on and up I reckon.”

Four unanswered goals in the second term set up the 41-point win for the Blues. 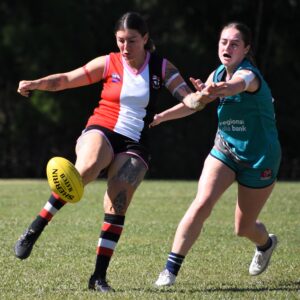 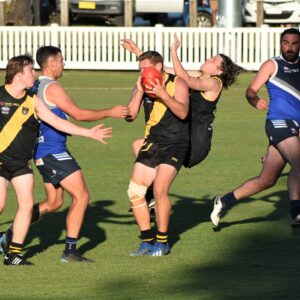