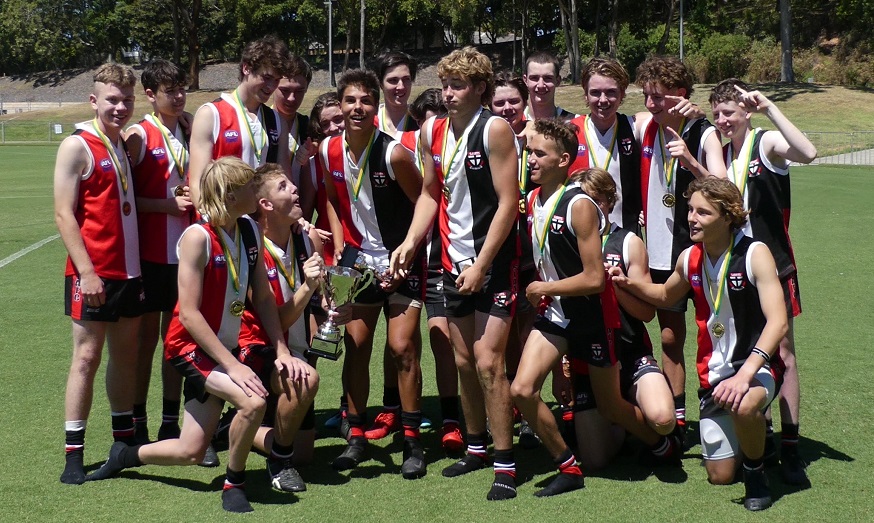 The Sawtell Toormina Saints are the most successful club in the League’s history, having won more Senior Premierships (10) than any other club. The Saints were also the first club to claim the Women’s flag when that competition was introduced in 2018.

As the defending Premiers in the Under 17 competition the future looks bright for the Saints ahead of the 2021 season.

It’s been a great pre-season at Sawtell Toormina Saints, with a lot of young players stepping up to the Seniors from last year. The players can’t wait to get into the season with the excitement of Lismore coming into the Senior men’s and Women’s grades, and with Casino also joining the Senior Men’s grade too. 2021 shapes up as an awesome year!

With the year we had in 2020, players can’t wait also for the social side of things to get back to a little normality. Our club is always keen to focus on looking after our players and providing a culture where they want to be a part of something big and can grow as a person on and off the field.

Who are you expecting big things from?:

Tayler Perks has been training extremely hard over the pre-season. With the knowledge of the game he’s developed whilst playing in Melbourne in recent years he’s determined to perform at a high level this season.

Many guys who joined us last season due to Rugby League being cancelled will be returning to their League clubs this year and will be sadly missed.

Who are you expecting big things from?:

Sara Smith-Lester and Vienna Schoeffel return for the 2021 season after breaks away from the game. Their presence along with the consistency of Steph Deroos will offer stability and drive out of the backline well into the midfield. The team has a majority of new players and coach Bec Minichilli is extremely surprised by the passion and raw talent that has been exhibited already.