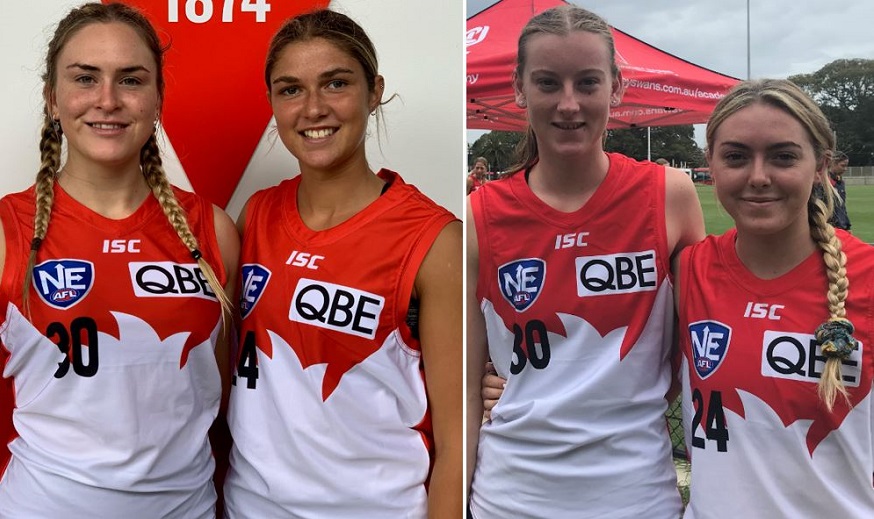 The Sydney Swans are eyeing entry into the AFLW in coming years and have created the Top End Program to unearth their inaugural crop of elite female players. The North Coast is rapidly developing a reputation as an incubator of AFLW players with Nikki Wallace and Brianna McFarlane both being listed at Brisbane Lions and Georgia Breward at the Gold Coast Suns, and this latest crop of locals are enhancing the region’s reputation.

The squads train weekly in Sydney, with places in the Swans Female Under 17 and Under 19 teams up for grabs in two Academy games against the GWS Giants, and a NAB League match against the Geelong Falcons in March. April and Shania will also have the chance to press for places in the Allies team (NSW, ACT, Tasmania, Northern Territory, South Australia) that competes in the National Championships on the Gold Coast in April.

The chance to impress the Swans came as a result of the four players’ inclusion in the North Coast Academy of Sport (NCAS) AFLW program. NCAS coaches were given the chance to nominate suitable players and the four girls grabbed the chance with both hands.

D’Arcy Van den Bossche, General Manager of NCAS, said that the program ensures that regional athletes have the chance to pursue their sporting dream. “We are incredibly proud to be able to offer North Coast athletes the AFLW program throughout 2020-21, in what has been a challenging time for sport. We have been able to support our largest squad of girls to date, again with a female-only coaching team.

“Outcomes such as Phoebe, Poppy, April and Shania’s selections into the Swans’ Top End program give regional athletes reason to work hard because pathways exist and opportunity is around us.”

Meanwhile, Angus, Will, and Kyan will participate in the male version of the program that is widely credited with developing the talents of current Sydney Swans stars Isaac Heeney, Callum Mills, and Nick Blakey.

Will and Kyan were selected in the Under 16 squad based on their involvement in the local Swans Academy program, whilst Angus was presented with the opportunity to join the Under 19 program based on his recent efforts with Southport Sharks.

Matt Crawley, AFL NSW/ACT Development Lead, praised the efforts of the three boys who have made their way through the local pathway. “The selection of Angus, Will and Kyan to the Top End Sydney Swans Academy training squads is not only a great reward for them individually but is also terrific news in general for footy locally.

“All three boys are dedicated trainers and have been high quality players through their junior years in local footy. Their selections to these squads and the opportunity that is now presented to them, goes to show the great pathway that exists locally to start at Auskick, progress to local Junior footy, be talent identified and potentially end up on an AFL list.”

Similar to the Female Program, training sessions will be conducted weekly in Sydney, leading in to two Academy games against the GWS Giants in April, folowed by NAB League matches against Geelong, Dandenong, and the Northern Knights. Based on performances in these matches Will and Kyan will have the chance to gain selection in the Allies team (NSW, ACT, Queensland, Tasmania, Northern Territory) to play in the National Championships, whilst Angus will be in line for a place in the Allies team that plays a series of four matches against other states.

Congratulations to all seven players on their selections. We wish them well as they move forward on the National Talent Pathway. 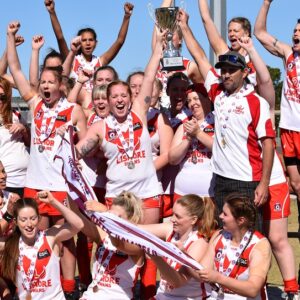 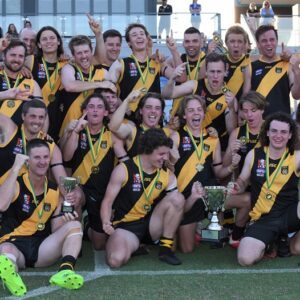 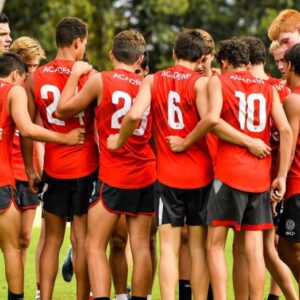 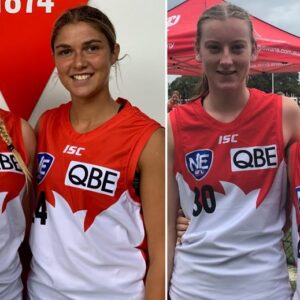