Heat by name, hot by nature 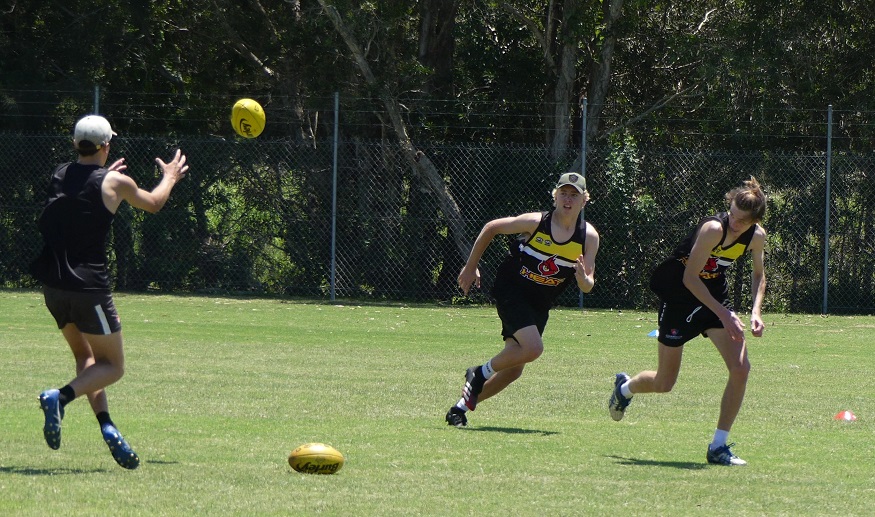 The Northern Heat program got underway on Saturday in hot, humid, and testing conditions in Coffs Harbour, but the players came through with flying colours.

The session started with video review looking at footage from NAB League (Under 18) matches to show the players the sorts of skills and playing style the Heat program will look to develop. The key focal areas are to use handball combinations to keep the ball moving forward whilst players hunt as a pack. The remainder of the session saw the players start to put these philosophies into practice through various drills designed to build to this style.

The session also incorporated video analysis of individual techniques which will be further utilised in coming sessions.

Matt Anderson, Northern Heat Head Coach, was very impressed with the group’s first outing. “The players are now five to eight weeks out of season which means that they’ve lost a little bit of sharpness and condition, but they really worked hard in the hot conditions to show us what they can do.

“The work they do across the off season with our program won’t be instantly obvious to them, but when they join their clubs for pre-season they’ll notice just how far they’ve come and will be ready to take their game to the next level.”

Evan Whitty (Grafton Tigers) and Franklin Antony (Coffs Breakers) were added to the squad having proved themselves through a fitness test. Poppy Johnston (Sawtell Toormina) will also be included in the program to challenge and support her as she seeks selection in the NSW/ACT team in 2021.

“This is the most even group we’ve had to date, with the skill level much more consistent throughout the squad. The program is building a fantastic reputation, especially with the relationship that’s being developed with the Southport Sharks, and the region’s best players are keen to be involved,” Matt Anderson said.

The squad will next come together in Armidale on Saturday 12 December where they will continue the focus from the first session but will also go through a strength and conditioning session with a former Sydney Swans coach. 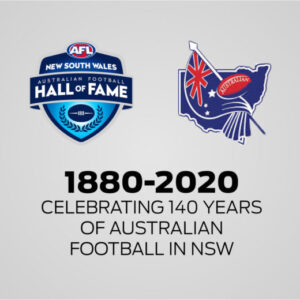 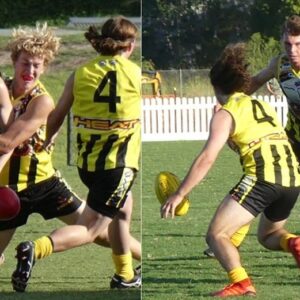 Thanks for your support of “Fui”